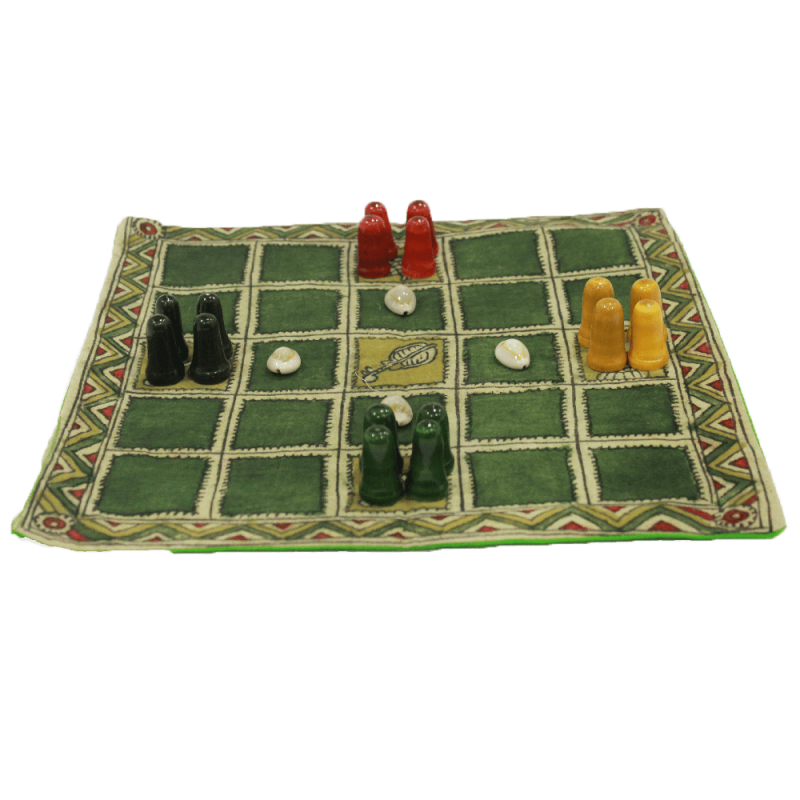 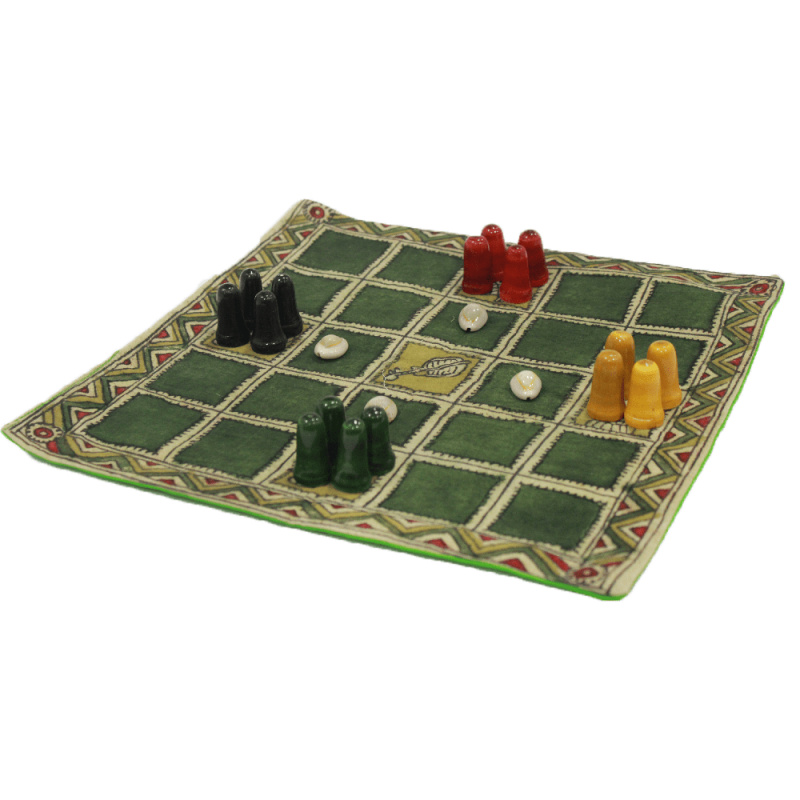 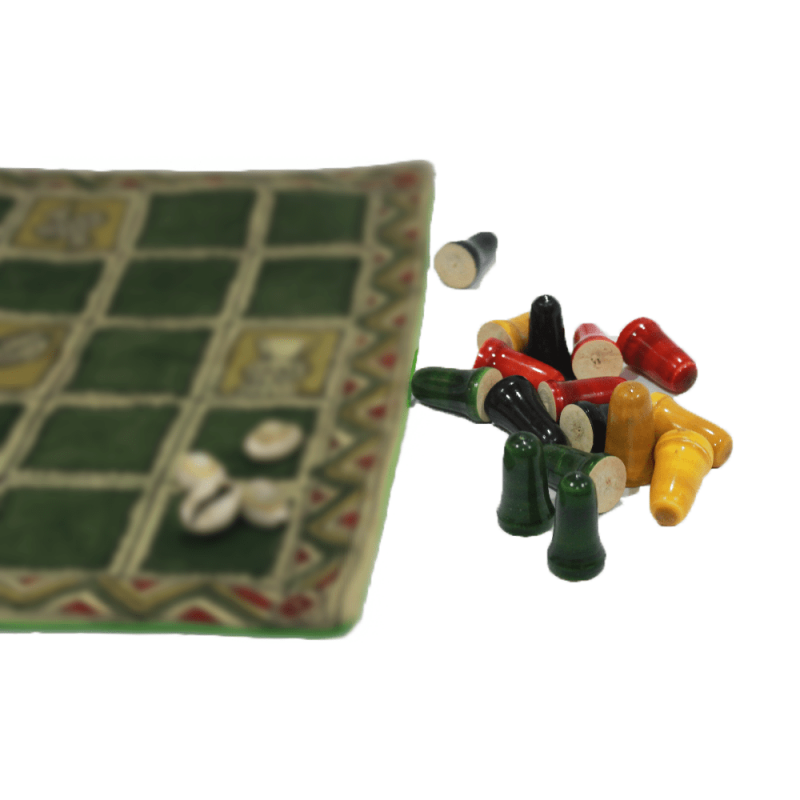 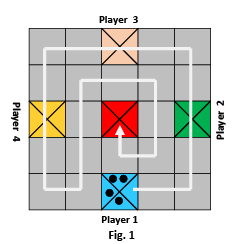 Paying homage to the traditional Indian games, this version of Chauka Bhara is made using vegetable dyes in an intricate Kalamkari print. The set contains a game board, wooden pawns, and cowrie shells. This game sharpens your mathematical strategizing skills, along with instilling confidence.

Personal Handpainted art, it is 100% natural and vegan.

Prone to lose color over time slightly as is the case with all natural dyed & handmade products.

Kalamkari artists use special pens to draw and create nuanced diagram and weave with hands so that they are rich in touch, look and feel.

These board games are created in “Kalamkari” from Andhra Pradesh.

“Kalam” means pen and “Kari” means craftsmanship; it is basically a style of textile design made by painting intricate patterns with vegetable dyes.

The pawns are made of wood in Karnataka.

This is how these beautiful board games not only is fun playing but it also provides livelihood to various artisans from various parts of India.

The first player who gets all his counters into the innermost square is the winner.

To make the game little more challenging, each player has to throw either a chauka or Bara before he can start moving his counters, not necessary to throw chauka or Bara for each counter. 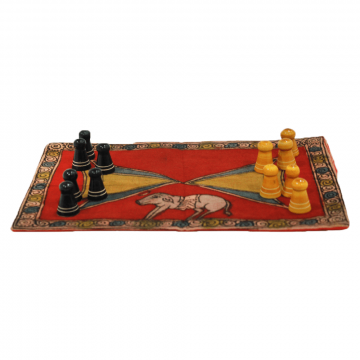 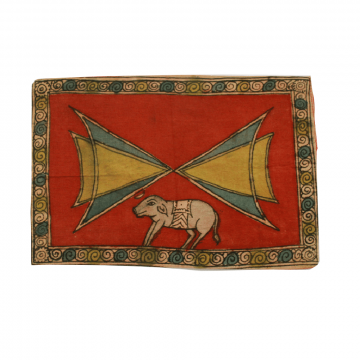 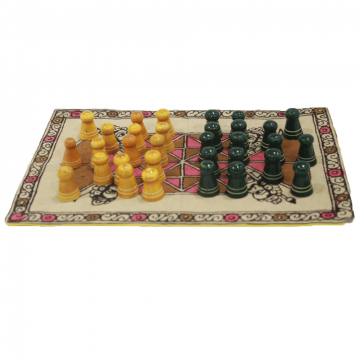 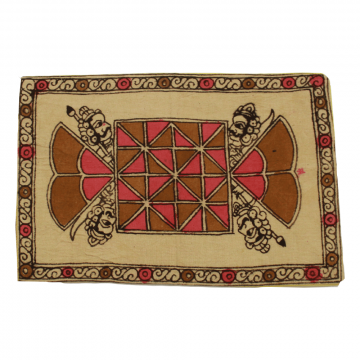 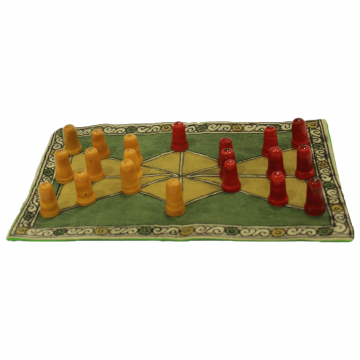 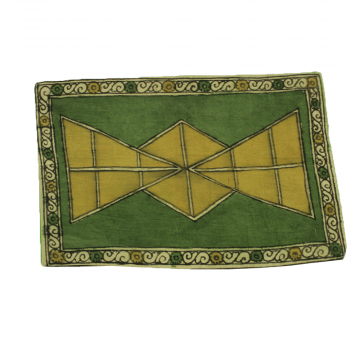 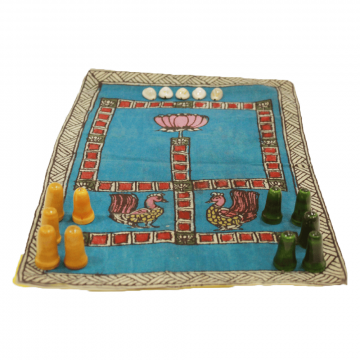 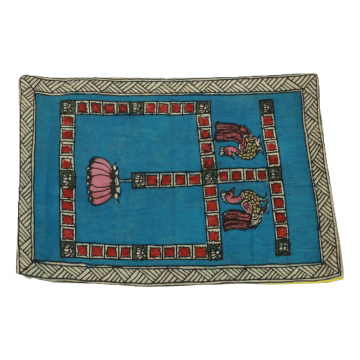 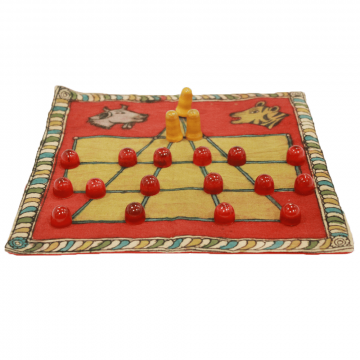 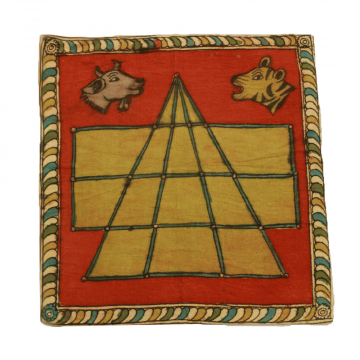