Reviving A Forgotten Metal- 3: A series on the traditional Kansa metal

Reviving A Forgotten Metal- 3: A series on the traditional Kansa metal 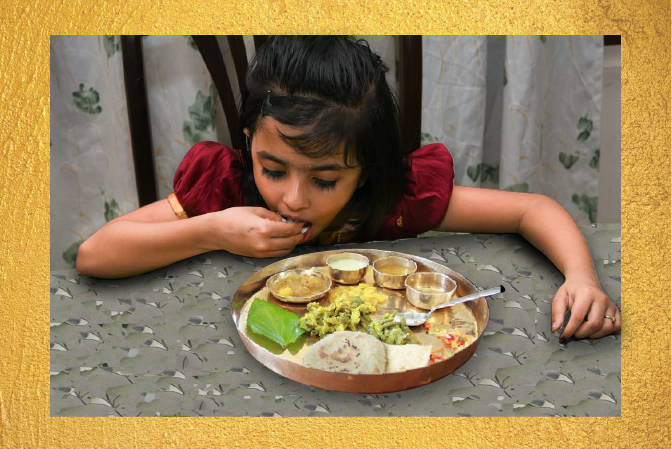 In the last two articles, we discussed the origin and history of Kansa. Along with the health benefits that it provides us. We also explored into depth about the needs of the industry, and the struggling conditions of Kansa workers around India. In the concluding article of this series, I wish to explore the modern discourse about climate, sustainability, and its relationship with Kansa. Apart from that, I also want to talk about how Kansa can be incorporated into a modern lifestyle, which includes our busy schedules and fast-paced careers.

Part 3: Is Kansa A Sustainable Alternative?

Most households around India and even the world seem to be enamoured by plastic and other newer materials like ceramic. Currently, traditional metals like Kansa are being used less and less, despite their health and aesthetic superiority. This, apart from cultural disadvantages, has harsh environmental consequences as well.

According to the Ministry of Environment, Forest and Climate Change, from the inception of plastic in 1950, annual global plastic production has increased dramatically from 2 million tonnes to 380 million tonnes a year in 2015. Scientists and researchers have already put it out there as a warning. India, on the other hand, is responsible for generating 9.46 million tonnes of plastic waste annually. Out of which 40 per cent remains uncollected, as per the recently published study by Un-Plastic Collective (UPC). It is a voluntary multi-stakeholder initiative co-founded by the Confederation of Indian Industry (CII), United Nations Environment Programme (UNEP). And WWF-India to help eliminate plastic pollution in nature and move towards a circular economy.

However, plastic is not the only contender here that we have to deal with. Even ceramic contributes to a large amount of non-biodegradable waste that is hard to recycle. Ceramic, unlike Kansa, is prone to breaking frequently.

According to a 2014 report, the production of the global ceramic market stood at 13 billion square meters in terms of volume. Everyone has been talking about segregating plastics and other materials at the source and otherwise. But there is no account on how users can dispose of their broken ceramic wares. With the Pollution Control Board getting stricter with every passing year, this inert waste was increasingly causing a menace. Even though it takes millions of years for plastic to decompose, it does decompose (not to forget bio-plastics). While ceramic remains for an even longer time or perhaps forever. That is what archaeology has shown us.

Ceramic can also stain, and have other problems that take away from its capacity from being for a long time. Kansa, on the other hand, can be on from generation to generation. Cleaning it with a citric substance can make its shine last for a very long time. Thus, the longevity of Kansa makes it an extremely sustainable metal.

The aesthetic properties of Kansa, which is a form of bronze, can incorporate it into a modern household with ease. Bronze is an aesthetically pleasing material that actually grows more radiant over the years due to the properties of its chemical makeup. Developing an incrustation, titled a “patina” through oxidation and years of use, this change is typically of high ornamental value. Bronze from copper alloys has bactericidal properties that can eliminate the issue of bacteria growth almost completely, with critical studies in the U.S. and Britain revealing that bacteria on copper alloy surfaces like Kansa are 99.9% after two hours at the latest. This proves that Kansa is a very “clean” metal, preventing the growth of bacteria on its surface and therefore preventing contamination by bacteria as well as building immunity.

Apart from being environmentally sustainable, Kansa is also to be of valuable property because of its prestige value, durability, quality, and above all its resale value even after breakage. Till recently, next to gold and silver ornaments, bell and brass metal articles are valuable household wealth. So when a person is investing in Kansa, they are not only bringing new tableware into their homes. But rather a source of wealth that they can reap in the future.

Kansaware is important in rituals as well as in the celebration of different festivals. Apart from these utilitarian and socio-religious bell metal items, are also with Kansa because of its sonorous qualities. From temple bells to cymbals, the beautiful sounds that Kansa produces is not by any other metal.

Kansa As A Home Décor

Modern, urban households have also accepted the sheer beauty of the traditional metal that enhances the aesthetics of their homes, through interior decorations items like small statues, kanh (bell used in office, educational institutions), photo frame, the frame of looking glass, tiffin box, badges, and decorative items like a banana tree, bunch of nuts, pen stands, flower vases, animal and bird figures are also some other interesting products of the industry. Some ornaments like bangle (a bracelet or anklet), chain (an ornament a series of links in a line), earrings (an ornament for the ear, kanbala) and pendants (an ornament longing on the neck, latkan) are also by the industry.

Once the glory of our households, they are now hidden under our apathy and desire to incorporate the shallow standards of “modernity” into our families. In this series, I have to bring attention to a metal that is “forgotten.”

Kansa, unlike a lot of other metals that might seem “convenient,” offers Ayurvedic health benefits that are unparalleled. From facilitating digestion to sharpening our intellects, from protecting us from bacteria to balancing our doshas, Kansa is a metal which, if used regularly, makes our health and our lives much better.

The Struggle And The Steps Towards Sustainability

Kansa artisans, or Kansaris, are struggling in the face of government apathy and decreasing consumer demand. With the disappearance of guilds and children moving away for better livelihoods. They are at the risk of losing their community heritage altogether. So, when you buy Kansa, you not only buy a product but rather. You support a community that is striving to keep a tradition alive. You are making a community self-reliant, being a catalyst towards an Atma Nirbhar Bharat.

And last but not the least, Kansa is a big step towards environmental sustainability. Along with a significant resale value, Kansa also has an advantage in which it can be by generation after generation, unlike plastic or ceramic.

As Peter Drucker said, “the best way to predict a future is to create it.” By buying Kansa, you are creating a future that is self-reliant, sustainable, and healthy.